How to return a lost cell phone

How to return the phone. Modern smartphones provide plenty of opportunities to find the missing device or punish the thief.
For the past month I lost three "mobile". Knowing how I am talented in this case, buying cheap devices. So called – to lose so not too bad. A couple of years, however, the primudrilasâ leave the shuttle buses, taxis, subway and just down the street so much budget cell phones that would be enough for the iPhone 4 g or one of the competitors of the iPhone. And, as it turned out, the saving is really not worth it. Because the lost Smartphone, unlike regular phones, it turns out, you can return it. What he and "smart" (from the English smart – "intelligent").
How to return a lost cell phone
Today there are plenty of programs capable of if you don't return, then at least track down lost t 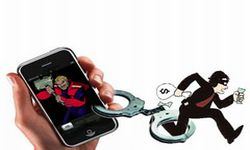 elefon.
As you probably guessed, such programs typically operate using the GPS chip to the phone as the samonavìdnij lighthouse, that lets you see the location of the device on the map. Some of them also come with additional security features, such as sending messages and thieves with the requirement to give the gadget back (give it back!), the inclusion of a disturbing signal, phone lock in case if you are not taken to protect it with a password, as well as the ability to remotely wipe the existing Smartphone personal information (and even better to encrypt the files in the Dropbox). To carry out these actions, ex-owner of the phone may through the Web interface, or another Smartphone, on which is installed the same program.
Some of the "ANTYkradiy programs" can even track a moving object (if you forgot your phone in the car) and show its movement on the map in real time.
Better this app for iPhone – free Find My iPhone epplovskìj, wrote the Popular Mechanics. Similar programs are available for the iPad and iPod Touch. A good choice for Android, BlackBerry, Symbian and Windows Phone users have McAfee WaveSecure ($ 19.90 a year). Work free Android app Prey, which can send you photographs that the thief made with your Smartphone, as well as its coordinates to GPS. The new owner of the Smartphone will remain in the dark, that it monitored.
If the thief off the GPS chip to the phone, then some program able to forcibly turn it on again. Also a number of "ANTIzlodìj application" knows how to deal with the replacement of a SIM card on the phone. Such programs are attached to your SIM card or R-UIM cards and may determine the number of new, installed by the attacker.
Of course, no program can not guarantee you 100% that you return your phone back. But still, chances are much greater than the loss of a normal phone. So now you know how to find a cell phone.